CDC director: Novel coronavirus ‘is probably with us beyond this season, beyond this year’

Wuhan streets described as ‘eerie.’ See what they look like now.

Hear doctor’s message to those worried about coronavirus

PC shipments expected to drop this year because of coronavirus outbreak

Air China cuts flights between China and U.S. due to coronavirus epidemic

Chat with us in Facebook Messenger. Find out what’s happening in the world as it unfolds.
Read More

In various European countries, different persons are using their own technique to read Chinese legal texts, so I thought I would share mine as I go on constructing it. This is an important endeavor: European sinologists and political scientists were perhaps the first ones who attempted to read and understand Chinese legal texts. Their techniques – as well as the ones used in Australia – however, rest for the most part upon the tacit, and practical knowledge each interpreter has acquired over the years by trial and error. This knowledge should be made explicit: multitasking and information overflow (very few people still read the paper texts of legal documents) are changing the way we read, with the result that these techniques are slowly being lost.
In this post I will explain by simple questions and answers what I focus on when I read some legal texts, using the ‘Notice on Diligently Studying and Implementing the CCP Standards on Integrity and Self-Restraint (original|translation) and the CCP Regulations on Disciplinary Punishments’ (original|partial translation) as an example. The full text of the Notice can be found here (Chinese).What typology of the document is this?

The Notice on Diligently Studying….as its title says is a Notice/通知. Notices/通知 are used either to disseminate documents or to issue communications to Party or to state bureaucracies. The ‘Standards’ and the ‘Regulations’ were issued by a notice. The goal of the Notice on Diligently Studying…is not disseminating these texts but explaining why and how the ‘Standards’ and the ‘Regulations’ should be taught and studied and making their study mandatory.

Is it a public document?

Which institution issued it?

The Notice was issued by the General Office:

Where was it published? 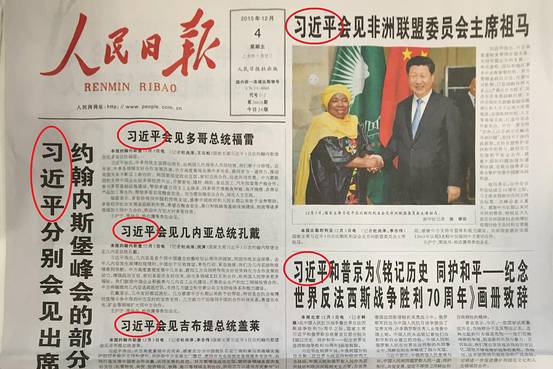 The Notice was published on the front page of the paper edition of the People’s Daily, in a column:

….and on the landing page of the People’s Daily website

and on the front page of the Procuratorial Daily, the People’s Police Daily etc. The importance of any document is signaled by the media outlet where the document is published and by its positioning on a newspaper or internet website. 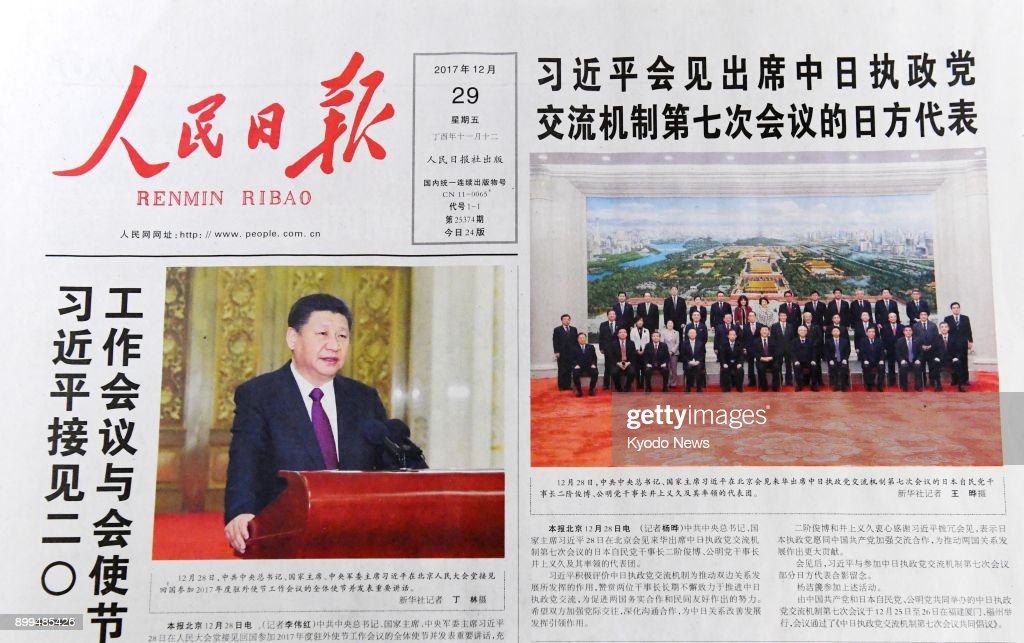 When was it published?

The timing when speeches, notices, regulations etc. are published can and does vary. Xi Jinping’s speech on culture and the arts, for instance, was delivered on 15 October 2014 but, its full text was released on 15 October 2015, eleven days before the date of the Fifth Plenum. The ‘Standards’ and the ‘Regulations’ were issued on 18 October, and the Notice came out today – on the closing day of the Fifth Plenum.

Is an official translation available?

If an official translation is available, then an official translation should be used and read alongside the Chinese text. Great care goes into producing the official translation of legal and political documents. The choice of words used to translate the equivalent Chinese characters can be taken to reflect how legal concepts and/or political concepts are (in part) understood by those who supervised the translators, and how they are meant to be understood by readers. The risk inherent in producing one’s own translations of available documents (or improving available official translations) is pre-imposing our own understanding of legal or political concepts on the text. For instance, translating 宽严相济 as ‘tempering justice with mercy‘ is a choice that produces definite effects on what the text will mean to U.S. trained lawyers. ‘Balancing leniency and severity’ may sound unfamiliar to the ears of a U.S. trained lawyer but, it has the advantage of being closer to at least some of the ideas the sight of 宽严相济 evokes. Not all of the ideas that come to one’s mind whenever one sees 宽严相济 (or anything else) are legal concepts. It is possible that seeing the four ideograms will remind one of the proverbs (成语 chengyu)， stories from the Chinese classics, episodes in Chinese history etc. All of these ideas can, in turn, shed light on the broader meaning of 宽严相济 in Chinese law because they are part of the context where 宽严相济 was created and used.

Is this document as important as it seems?

To this question, there are many possible answers. To some the Notice may be unimportant – the sky is high and the Emperor far away, therefore local Party organs may or may not abide by the Notice they would argue. Others may say that even though study sessions on the ‘Standards’ and the ‘Regulations’ may be mandatory, those attending study sessions will pay more attention to their iPhones and iPads screens than to the ‘Standards’ and the ‘Regulations’.

To me, the Notice is very important because it is one of the various explanatory texts that are being produced at the moment of writing. Some of these texts explain the genesis of the ‘Standards’ and the ‘Regulations’, while the Notice explains why and how they should be taught and studied.

Why, according to the CCP, the ‘Regulations’ and the ‘Standards’ should be taught and studied.

This point is illustrated by the opening sentence(s) of each one of the paragraphs of art. 1 of the Notice:

To take care of the affairs of China the focus must be placed on the Party. ‘To rule the state one must first rule the Party’, and ‘the Party should be governed strictly’. [1]

Since the 18th Party Congress the Party with Comrade Xi Jinping as its General Secretary has upheld ‘the Party should rule the Party and the Party should be ruled severely’ (…) it has summarized the lessons of Zhou Yongkang, Bo Xilai, Xu Caihou, Ling Jihua, Guo Boxiong (…) the fruits of these experiences in severely ruling the Party have been summarized and turned into moral and disciplinary requirements (…) [2]

In documents as this one, the opening sentence of each paragraph is the most important one, because it sets forth the premises, which are then elaborated by the rest of each paragraph, that should guide the correct use of the ‘Standards’ and ‘Regulations’. I will explain how I read sentences as ‘To rule the state one must first rule the Party’, and ‘the Party should be governed strictly’ in a later post.

How the ‘Standards’ and the ‘Regulations’ should be taught and studied, and by whom.

The ‘Standards’ and the ‘Regulations’ should be taught by the Party Committee Core Groups, by Party schools, by schools of public administrations and by cadre training institutes in 2016 and 2017. The ‘Notice’ does not specify which method should be used to study or teach these documents.

Study and teaching are necessary to understand the real significance of the ‘Standards’ and the ‘Regulations’. The significance is illustrated by the Notice as follows: 1) the ‘Standards’ and the ‘Regulations’ add greater specificity to the rules set by the Party Statute. 2) Political discipline is the most important kind of discipline, on grounds that state capacity and legitimacy derive from the ability to maintain political discipline. 3) Party members must be held to a higher standard of behavior than persons not affiliated to the Party.

These three points are meant to guide, to frame how the ‘Standards’ and the ‘Regulations’ are to be understood, and in turn, used.

“Enforced vacations” for activists who annoy the coronation of Xi 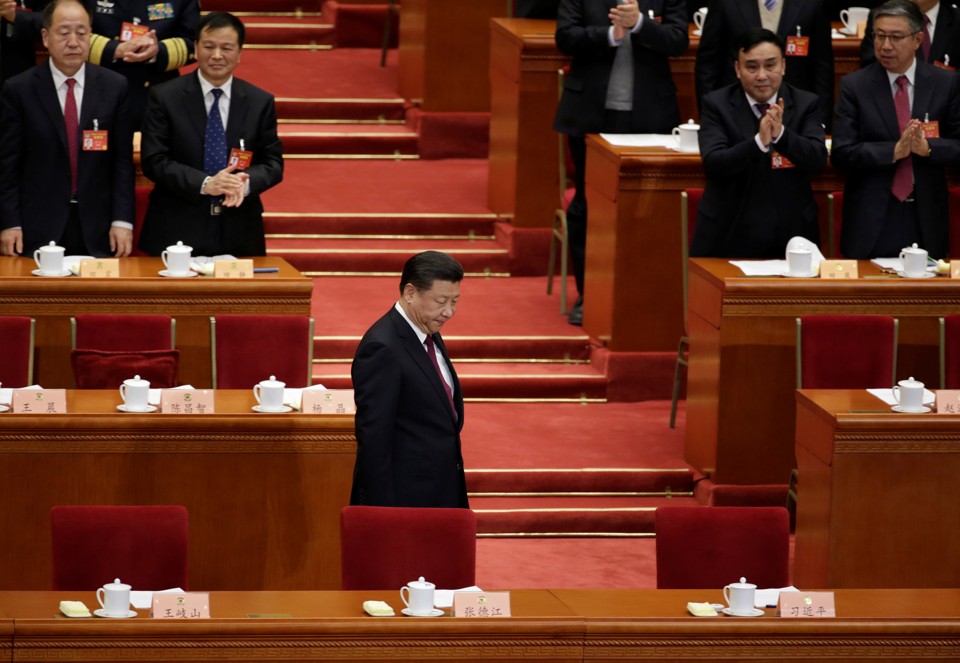 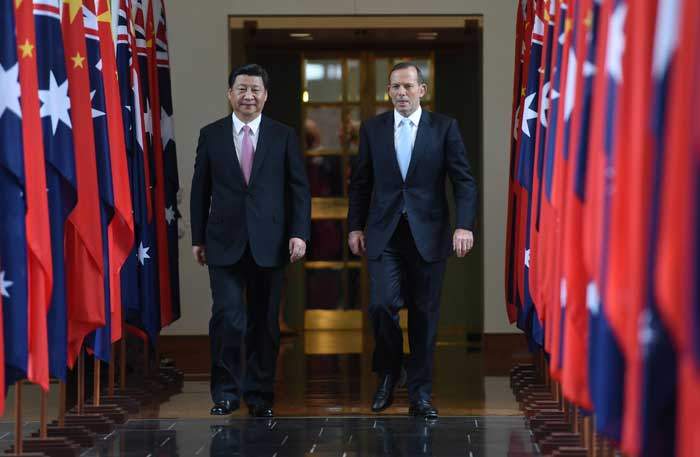