In February 1980, the Fifth Plenum of the Eleventh Congress of the CPC passed a document in twelve points, entitled Some Principles for Political Life Within the Party (here, in Chinese). This text never received much attention…at least in the West, despite its claims that it was “an important piece of Party legislation” regulating the political life of members of the CPC. While the temptation to read the Principles against the over-abused bios/Zoe dichotomy might be strong – and fashionable – in imperial China, matters

of state were not debated on the agora by those Greek citizens endowed with bios. Also, the notion of bios does not exist in Chinese thought, where ideas about physical life are expressed through the characters sheng, ming, and Huo, (and ideas about what allows physical life to come into existence and to continue are conveyed by qi, shen, and jing.)

…so what are political commentators talking about, when they discuss the meaning of “political life within the Party“?

On a first, and almost literal, level they are performing one of the most important steps to date in the creation of a distinctively Chinese ontology of political concepts. They are not introducing new words in their language, but using the words they already have – “political life” – and revitalizing them with the infusion of new meanings. They are doing so now, for the first time in seventy-one years: aside from oblique references in the works of Mao Zedong, the notion of political life appeared for the first time in the 1945 Party Constitution:

Article 2. All Party members have the following duties:

(2) strictly respecting Party discipline, enthusiastically participating in political life within the Party and in the domestic revolutionary movement (yundong) (…)

References to these different forms of life were absent from the 1969 and 1973 CPC Constitutions, where article 12 mentioned only the life of the Party. But, they reappeared in 1977 – when organizational life, political, economic and cultural life were acknowledged. Political life came to prominence again in 1982. Paragraph 16 of the Preamble to the CPC Constitution recited:

The Party correctly conducts criticism and self-criticism in its political life, and conducts ideological struggle in matters of principle, upholding the truth and correcting errors. 。 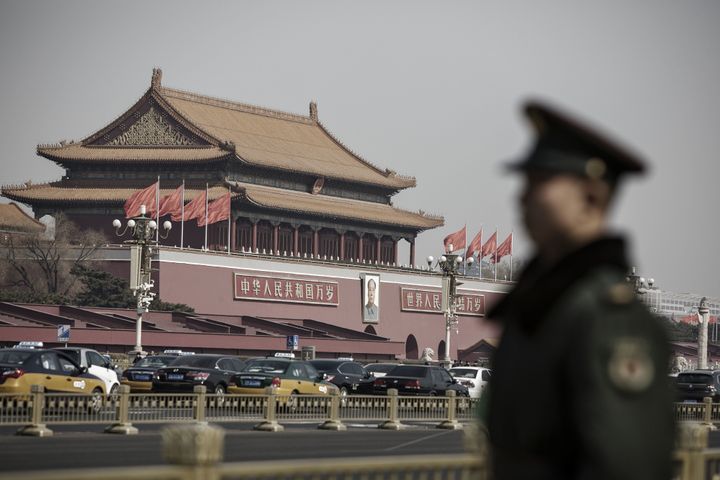 This sentence of the Preamble was never amended. Neither was “political life” glossed last week. Anticipating the publication of the amended text of the Principles later this month, Professor Xie Chuntao, the Director of the Research Department on Party History at the Central Party School explained that:

Beyond this definition, political life has a broader and a narrower meaning, illustrated by Professor Li Bingxiong, the Deputy Director of the Centre for Anti-Corruption Studies at Sun Yat-sen University:

1. Upholding the political line and the ideological line of the Party.
2. Upholding collective leadership and opposing arbitrary decisions by individuals.
3. Protecting the unity of the Party, and strictly observing Party discipline.
4. Upholding the nature of the Party (dangxing) and eradicating factionalism.
5. One must speak the truth, and walk the talk.
6. Developing democracy inside of the Party, and correctly dealing with different opinions.
7. Guaranteeing that the rights of Party members are not infringed upon.
8. Elections must fully express the will of electors.
9. Struggling with wrong trends, evil persons, and evil actions.
10. Correctly dealing with comrades who commit mistakes.
11. Accepting supervision by the Party and the masses, not allowing special privileges.
12. Diligently studying and becoming both red and expert.