The Chinese government welcomed the announcement today that the leaders of the United States and North Korea, Donald Trump and Kim Jong-un, agreed to meet in May and noted that “the nuclear issue in Korea is moving in the right address. ”

“We welcome the positive signals given by the US and North Korea in the sense of conducting a direct dialogue,” a spokesman for the Chinese Foreign Ministry, Geng Shuang, told a news conference. 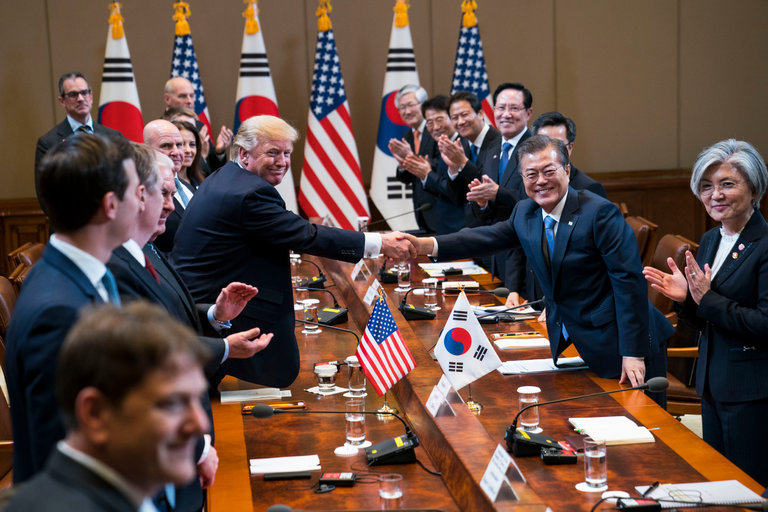 “The next step to take by all parties is to sustain this positive moment, forge synergies and work together to restore peace and stability on the Korean peninsula,” the official source added.

US President Donald Trump has accepted an invitation from the leader of North Korea to start a round of negotiations on the North Korean nuclear program in a location not yet decided, according to confirmed in the White House by the National Security Adviser of Korea from the South, Chung Eui-Yong.

The Chinese spokesman did not clarify today if China could offer to host that meeting, and merely said that his country “will continue with its positive role” in the search for a negotiated solution to the crisis.

Geng reiterated today that the parties involved in the current moment of détente “must show political courage and determination, engaging in much needed bilateral and plurilateral contacts, making the maximum effort to return the dialogue and negotiation.”

On the eve of today’s announcement, Chinese Yuan Minister Wang Yi defended his country’s “double suspension” proposal, in which South Korea and the US should stop their military maneuvers in exchange for North Korea to stop. its nuclear tests have been key in the current detente.