The decision of President Donald Trump to withdraw from the Nuclear Weapons Treaty signed in 1987 with Russia, the demonstrations on the increase of the nuclear arsenal and the statements of Vice President Mike Pence pose a new scenario in the relations between the United States and China. Until now, the commercial conflict with the imposition of reciprocal tariffs was the most serious symptom of the tension between the two countries, which could eventually be overcome through negotiation.

Vice President Mike Pence’s speech at the Hudson Institute in October presented a totalizing vision of the policy objectives of the United States towards China. In contrast to Trump, Vice President Pence has intellectual training, is conservative, an evangelical Christian and belongs to the structure of the Republican Party. The tenor of his speech recalls the era of the Cold War with Russia, when accusations were crossed about military spending, theft of technology, infiltration in educational centers and audiovisual media, press censorship, religious persecution, territorial expansion and interference in affairs internal 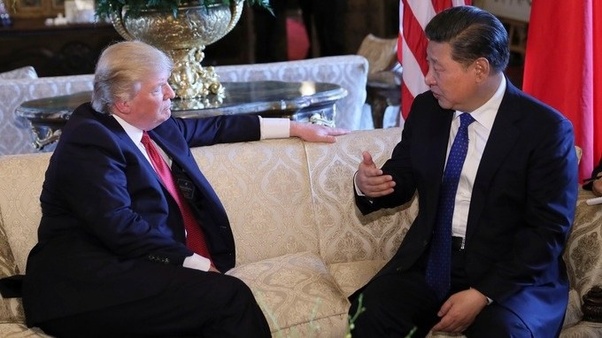 Mike Pence maintains that the concessions granted by the previous administrations had the purpose of achieving not only a greater economic opening but also greater political freedom and the implementation of the liberal principles of private property, religious freedom and the observance of human rights. Vice President Pence affirms, in a criticism of the Democrats, that this strategy was a failure. And while Beijing is still talking about “reform and opening up” according to the doctrine of Deng Xiaoping, the reality shows that these statements lack all content. On the contrary, President Xi Jinping has reaffirmed the socialist model with Chinese characteristics where the Communist Party will be strengthened to lead the country. Pence deplored the agreement with the Vatican, which, according to his words, confirms that China is not willing to allow religious freedom and will continue to control religious institutions.

Criticism transcends the questioning of commercial policy. The “Made in China 2025” program is characterized as an attempt to control 90% of the advanced industries to occupy a dominant position in the world economy. Vice President Pence recalls that China has increased its military budget to be equivalent to the budget of all the countries of Asia, developing an aggressive policy tending to evict the United States from the Western Indo-Pacific. The increase of the United States military budget to 716 billion seeks to face this challenge, preserve the hegemonic position and guarantee the protection of its allies in that region.

The United States also questions the “One way, one route” initiative, which makes millions of dollars available to the associated countries for infrastructure whose works must be carried out by Chinese companies. This program entitled “diplomacy of indebtedness” would seek to condition the political position of the recipient countries. The United States approved to counteract this scheme the law BUILD S. 2463, which creates the Development Finance Corporation with 60 billion to assist the private sector in the development of low-income countries that comply with foreign policy objectives.

The redefinition carried out by the vice president is similar to the policy of Ronald Reagan towards the Soviet Union remembered as Star Wars, which sought to force changes in the political system . Reagan, unlike Trump, was a conservative politician with firm convictions. The radicalized sectors of the Republican Party prefer this type of conflict policy that divides the fields and stigmatizes the enemy. But China is not in the same conditions as the Soviet Union and does not face the dangers of dissolution that were already perceived in the eighties. The speech of Vice President Pence was not improvised and marks a turning point in the policy of coexistence and collaboration between both countries.

Taiwan mobilized Saturday against Chinese control, with two demonstrations, a radical independence movement in Taipei, to the north, and another one sponsored by the ruling Progressive Democratic Party (PDP) in Kaohsiung, to the south.

“In the face of Chinese oppression, we have to say a resounding no with a referendum,” former Security Council Secretary-General Kang Ning-Xiang said in a speech at the end of the independence march and rally in Taipei.

While the motto of the northern mobilization – sponsored by the Formosa Alliance and attended by 80,000 people, according to the organizers – was the referendum for independence, condemned by China and to which Beijing threatened to respond with the invasion of the island, the from the south was the opposition to China annexing Taiwan.

During the Taipei march posters were displayed for the “Referendum against Annexation” and, although it had the support of the PDP, the ruling party prohibited its officials from participating, to avoid further tensions with China.

Beijing has not explicitly threatened the war in the event of a referendum on the island on independence, but the Chinese law Antisecession clearly specifies as a reason for the invasion any measure leading to formal separation. 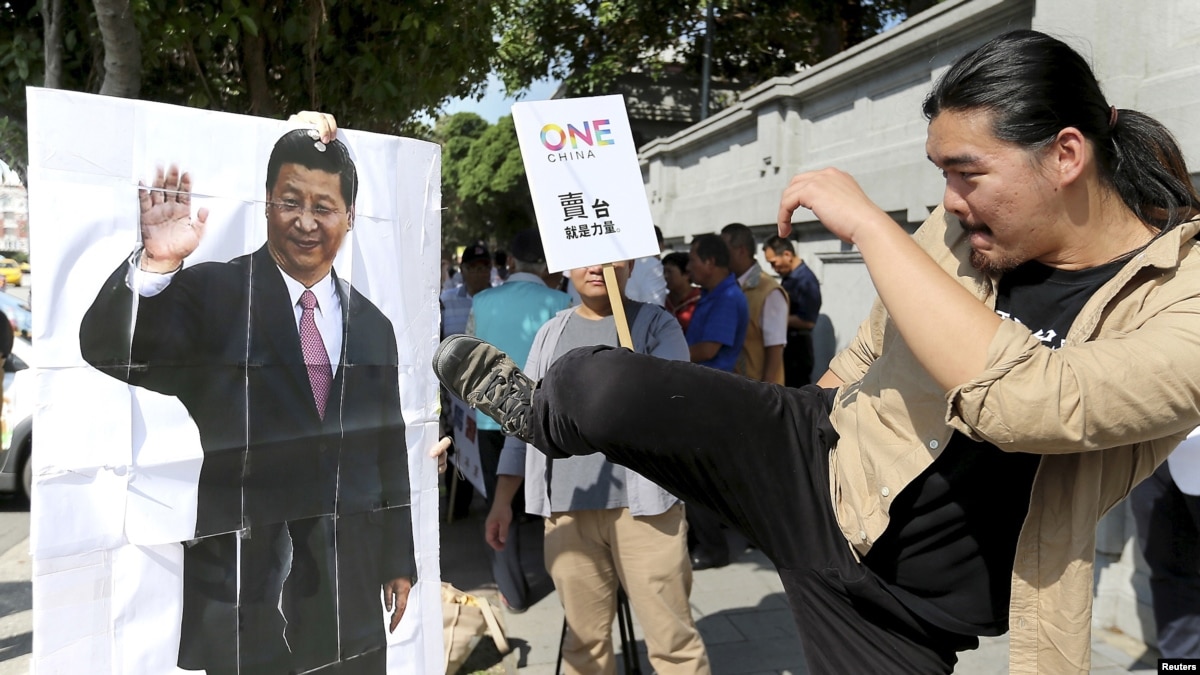 Radical separatists, supported by ex-presidents Lee Teng-hui and Chen Shui-bian, want the government to react more determinedly to Beijing’s growing international and military hostility on the international front and in the military field, with constitutional changes that will eliminate the Chinese footprints in the island political system.

The PDP, in the face of Chinese, the US and domestic political pressure, seeks to preserve self-government and democracy, without going beyond the red line that triggers a military intervention by China, increasingly powerful economically, politically and militarily. 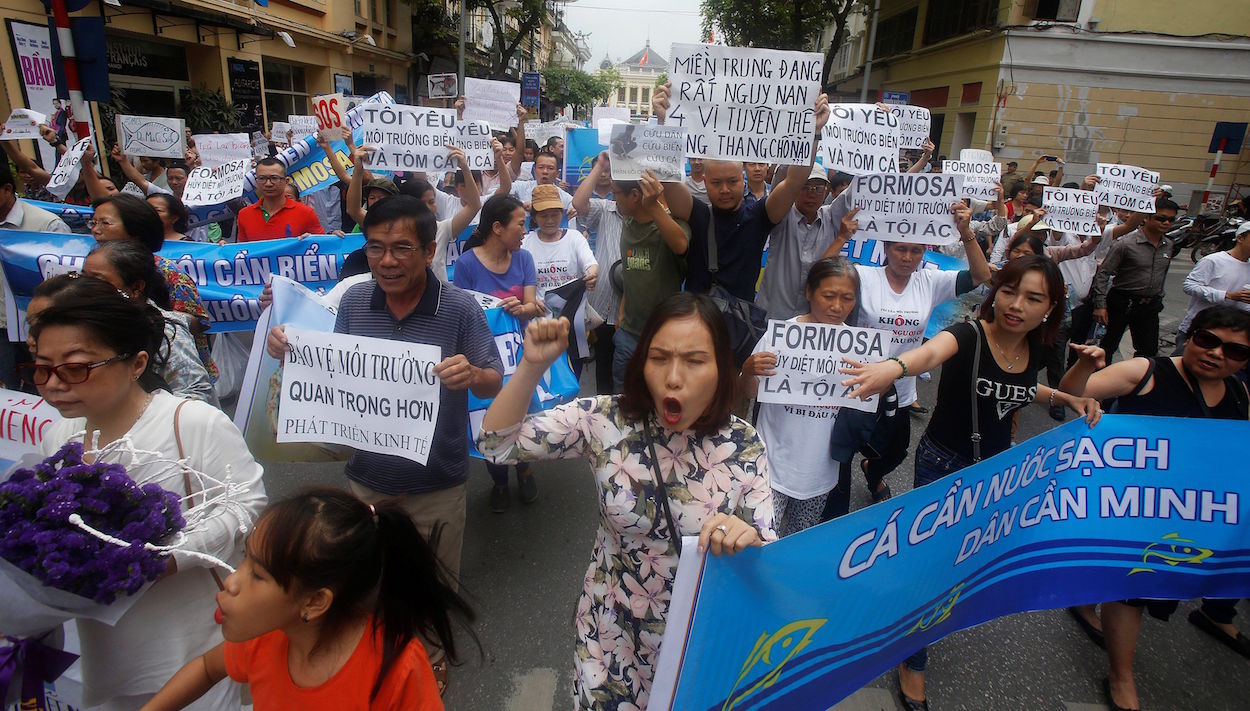 In the south, the manifestation of the PDP ruler and pro-independence sent out slogans such as “Against annexation, protects Taiwan” to distance itself from the independence referendum of the northern alliance and offer a more moderate image, facing China and the local elections of November 24.

The PDP said, before the marches, that it does not oppose the holding of a referendum on the formal independence of the island, which requires constitutional reforms, but does not want to propose it, at this time.

“China harasses and pressures Taiwan to surrender, but if democracy is lived it will not prevail,” PDP parliamentarian Liu Shi-fang, one of its organizers, said before the demonstration.