A soldier of the famed Xian Terracotta Army (central China) suffered a break and theft of a finger during an exhibition in Philadelphia before Chinese property patrols called for harsh penalties against the perpetrator of the act of vandalism and think of asking for compensation.

According to the Beijing Youth Daily newspaper, the Chinese center charged with organizing this exhibition condemned “the theft and destruction of this cultural heritage” and called for a severe punishment of the person responsible for the event.

The value of the statue that was damaged “is incalculable,” said a spokesman for the Shaanxi Cultural Promotion Center, the central province of China where the famous Terracotta Army is located. 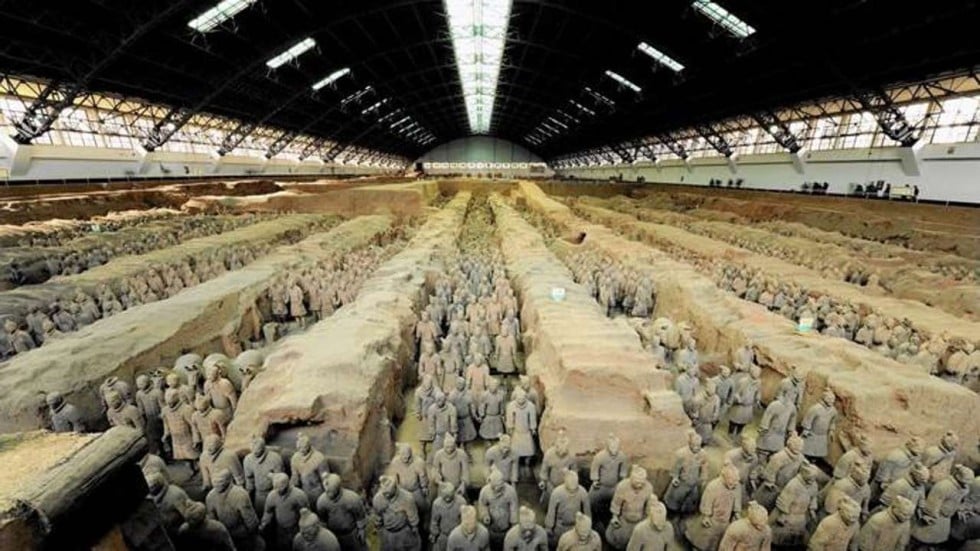 The South China Morning Post reported that the center is considering the possibility of seeking compensation from the Franklin Institute of Philadelphia, where the event occurred.

According to Chinese media reports, the author of the robbery took advantage of a night party held at the Institute on December 21 to sneak into a room where the terracotta soldier was exposed, take a selfie while leaning on his shoulder and plucking a finger, which he took home.

The American museum publicly apologized for the incident, which was investigated in January when someone noticed that one of the toes of the statue was missing, so the “looter” was discovered after an FBI investigation and detained, although currently on parole and waiting for judgment.

The Franklin Institute hosts until March 10 of the 8,000 soldiers of the Terracotta Army, which was discovered in the 70s, is about 2,200 years old and is considered one of the most valuable assets of the ancient Chinese civilization.

The Shaanxi heritage center has lent the statues, but officials have hitherto reported no such incidents.

The European companies that operate in China have urged the Government of Beijing on Tuesday to make their promises of openness to investments and trade a reality and warned that a breach could bring “a negative reaction” against globalization.

“The lack of reciprocity in access to markets is becoming politically unsustainable,” said the president of the Chamber of Commerce of the European Union in China, Mats Harbor, presenting the organization’s annual report on the Chinese economy.

“We are afraid that if this does not change quickly there will be a negative reaction against economic globalization,” he added.

Harborne said in a press conference that European companies are “frustrated” by the lack of progress in the promises of opening by the Chinese authorities, which on the other hand are applying new restrictions on investments and imports. 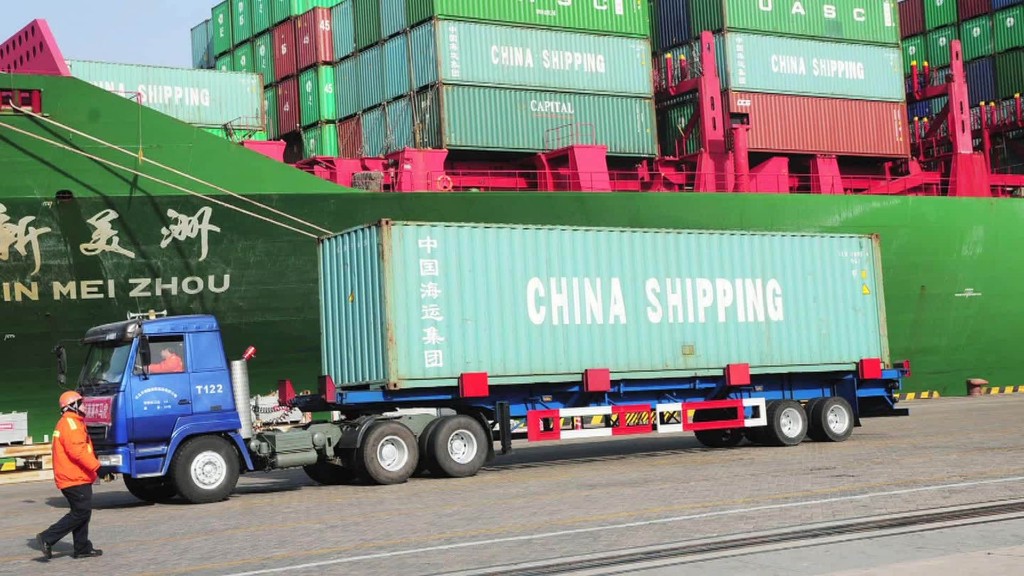 The 400-page report recalls how Chinese President Xi Jinping became a champion of free trade with his speech at the last Davos Economic Forum in January, but in Beijing, the government continues to shuffle when it comes to opening its economy to the external presence, against previous promises.

The president of the European Commission, Jean-Claude Juncker, proposed last week to create a foreign investment review system to protect EU companies from unwanted acquisitions of countries that do not offer the same level of opportunities to community companies.

Juncker stressed that his proposal is not directed against any country, but Beijing has already shown concern about what he perceives as an increase in “protectionism” in Europe.

European companies regret that sectors such as telecommunications or retail banking remain totally closed to foreigners in China, while in other sectors their presence is still limited (normally they can only associate with a local company that holds the majority of the capital of the joint venture).

In addition, discrimination against Chinese firms in public tenders and purchases continues, and the large publicly owned business giants continue to enjoy advantages outside the free market.

Meanwhile, Chinese companies have much more freedom in Europe when it comes to settling in, buying European companies or participating in public purchases.

Herborn recalled recent measures approved by the Chinese government, such as new inspections on food imports (including those packaged in boxes or cans) that will take effect on October 1 or the recent decision that electric and hybrid cars that receive subsidies for their purchase they must have only batteries manufactured in China. 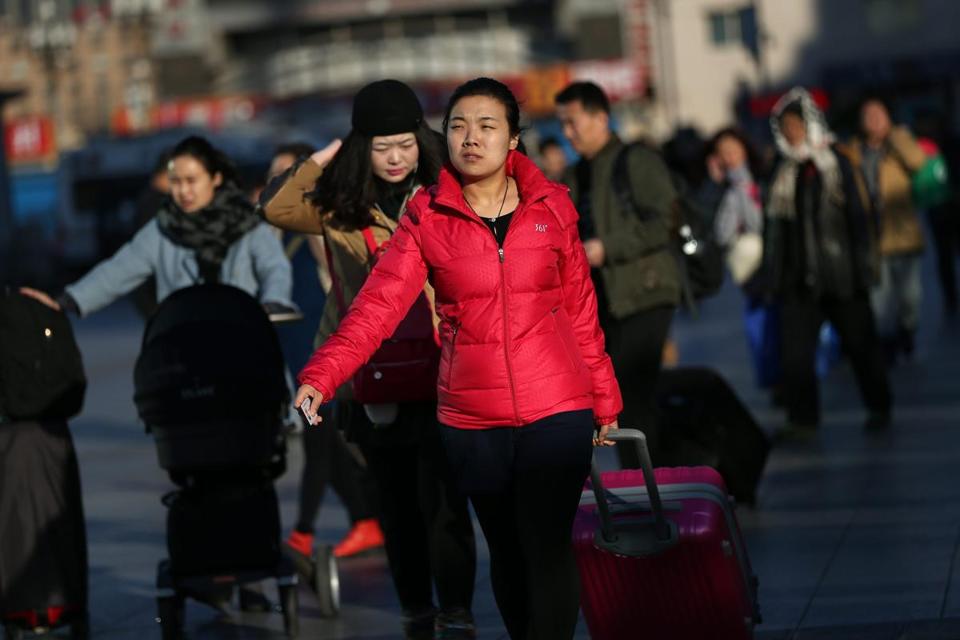 In addition, the legal services sector went from “restricted” to “prohibited” in 2014, recalls the document, which also affects the limitations of the internet (technical or censorship) or the increasing bureaucratic obstacles to rotate in China to staff or scholars.

In the first half of this year, Chinese investments in EU territory have remained stable, due in large part to Beijing’s limitations on capital outflows, while investments from the European Union on Chinese soil have been cut back another 23%

In contrast, the EU’s investment in the United States last year reached 230,000 million euros (277,000 million dollars), according to data from the US Chamber of Commerce in Europe.

China and Brazil signed on Friday 14 cooperation agreements, some of them for the construction of railway, nuclear and electric projects in Brazil with Chinese investment, after the meeting in Beijing of the presidents of both countries, Xi Jinping and Michel Temer.

Xi received Temer with a military ceremony at the entrance to the Great Hall of the People, seat of the Chinese Legislature, west of Tiananmen Square, and after a one-hour meeting, the two rulers signed these agreements.

Among them, the Bank of China Development and BNDES signed a US $ 3 billion credit line and signed by China Communication and Construction for the construction of a terminal in the Port of São Luís (an investment of US $ 700 million), and the US $ 300 million loan between Eximbank and Banco do Brasil.

In addition, Chinese investment in various infrastructure projects, such as the Bamin-Fiol-Porto do Sul railway line, with the participation of CREC, and the works for the high-voltage transmission line between the Xingu and Rio de Janeiro have been confirmed. January, in which the state-owned stateGrid will work.

Another project with participation is the Angra III nuclear plant, in which will be present the company China National Nuclear Corporation.

Memoranda have also been prepared to facilitate the issuance of tourist and business visas, which will allow the film co-productions between both countries and cooperation agreements in football (between the two national federations) in e-commerce, health and food safety.

At the signing of the agreements, among others were the Ministers of Foreign Affairs, Aloysio Nunes Ferreira, and Industry, Foreign Trade and Services, Marcos Pereira.

The agreements, as well as Temer’s visit to Beijing, “raise coordination between Brazil and China to a new level,” said Zhang Run, deputy director general for Latin America and the Caribbean at the Ministry of Foreign Affairs Chinese.

In remarks to the press, Zhang recalled that this is the second meeting between the two presidents, following a year ago in Hangzhou (East China) at the G20 summit, and stressed the importance of the ties between the two countries, “the largest developing countries in both hemispheres. ”

Xi and Temer agreed today that in the face of a climate of global uncertainty, the two powers “should strengthen unity and coordination and jointly face the challenges of transforming Sino-Brazilian cooperation into a model of ties between economies emerging “. The two presidents underscored the need to coordinate the Chinese plan for the New Silk Road Routes, which seeks to build telecommunications and infrastructure works worldwide, with Brazil’s new development plan, which Temer will present in more detail this Saturday to Chinese entrepreneurs. different sectors.

Temer, who also traveled to China to attend the Brics summit, to be held from September 3 to 5 in Xiamen, was also hosted by Chinese Prime Minister Li Keqiang and the Chairman of the Advisory Power, Yu Zhengsheng.

The purpose of the Brazilian government is to present in China the recently announced national privatization and public works program, which seeks to end two years of economic recession and consolidate the timid recovery of recent months.

“Brazil is back on the road to recovery, with many positive indicators, and the Chinese side expects this growth to continue,” said Zhang.

The Chinese official recalled that in the first half of this year, bilateral trade grew by 30.6% and that China has invested more than US $ 30 billion in Brazil, which has become the main Latin American destination of Chinese capital, surpassing Venezuela.

Zhang avoided claiming that Brazil replaced Venezuela in the focus of Chinese companies because of the political crisis in Caracas, and pointed out that economic cooperation with Latin America “is not prone to momentary changes.”

“We will continue to participate actively with the countries of Latin America, including Brazil and Venezuela, and contribute to social development to be a positive influence for regional peace and stability,” he concluded.